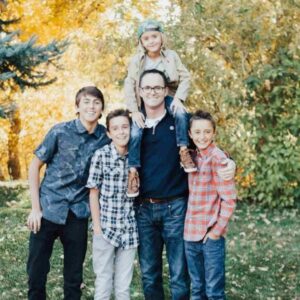 Dr. McKee was raised in Summit County. After finishing up his bachelor’s degree with a dual major in Science and Speech & Hearing Science at Portland State University, he received his DDS with honors from Indiana University School of Dentistry in Indianapolis, IN. While in school, Dr. McKee received numerous awards as well as gained additional education and training on his own with a focus on CEREC Crowns, Invisalign, and the placement of dental implants.

Dr. Mckee enjoys spending time with his wife, Christina and their six kids. As a family, they spend time training for marathons and going to basketball tournaments for their kids.